Happy 2022! We’re stuck in an endless pandemic and the earth is burning, but at least we have our memes 🙂

Let’s float on back to 2012, shall we? It was the year of the London Olympics and presidential elections in both the U.S. and Russia (welcome back, Barack and hello, Putin!) Skydiver Felix Baumgartner broke the sound barrier. YouTube was finding its rhythm as a global platform and text-based advice animals memes were the height of comedy.

The internet was a simpler place back then—not to mention less divisive—and honestly a lot more fun. Below are 15 internet moments that turn 10 in 2022. How many of them do you remember?

She’s an icon, she’s a legend, and she was the moment. This boisterous bop was beloved in the West for its absurdist music video and simple, silly horse trot choreography that spawned a million imitations. Its success puzzled Koreans (Psy was an unlikely pop star, and the song’s lyrics touch on Korean class struggles) but has since become a source of national pride. “Gangnam Style” was the first YouTube video to reach 1 billion views and remains delightful—and impossible not to dance to—to this day.

What is there to say that hasn’t already been said about the earwormiest earworm of the last century? Released in September 2011, Carly Rae Jepsen’s stellar single got a major boost from Justin Bieber in February 2012. The pop star’s parody featuring famous friends inspired the USA Olympic Swimming Team, Chatroulette trolls, and covers that in retrospect feel kind of icky. As “Call Me Maybe” popped, Jepsen signed to Bieber’s management (pure coincidence or savvy marketing? You decide!) and released “Good Time” with Owl City in June. Yeah, it was a good year.

Gotye feat. Kimbra – “Somebody That I Used to Know”

Gotye and Kimbra stood very still (naked and cold, no doubt) to shoot the stop-motion music video for this cathartic ditty about the very real pain of a breakup. A visually interesting and technically impressive Walk of the Earth cover in which all five members of the group play the song on a single, shared guitar was one of YouTube’s most viral videos of the year. Where is Gotye now? I’m not sure. Now he’s just somebody that we used to know…

The ones you actually forgot about:

Listen… listen, listen, listen, LISTEN, listen… this is one of the best memes of all time. Though the “Shit Girls Say” video that started it all was posted in 2011, the “Shit People Say” meme peaked in January 2012 after interpretations like Shit Black Girls Say (written by Lena Waithe!), Shit White Girls Say…to Black Girls, Shit ____ Say, and Shit New Yorkers Say (starring Eliot and Ilana Glazer) gained traction. My favorite remains the ever-relevant “Shit Single Girls Say” which, to this day, still feels just like looking in a mirror.

KONY 2012 united the internet, until it didn’t. The video documentary about the wrongdoings of Ugandan war criminal Joseph Kony, including his exploitation of children, was the first video on YouTube to gain 1 million likes. It rallied the public and celebrities alike, cracking open discussions about the region until overwhelming attention from its unprecedented virality induced a very public mental health crisis for one of founders of the nonprofit behind the video. HuffPost noted that Kony 2012 “narrowed the gap” between activism and “slacktivism,” a concept that, like white saviour, we’ve only become more acquainted with since.

The ones that still haunt us: 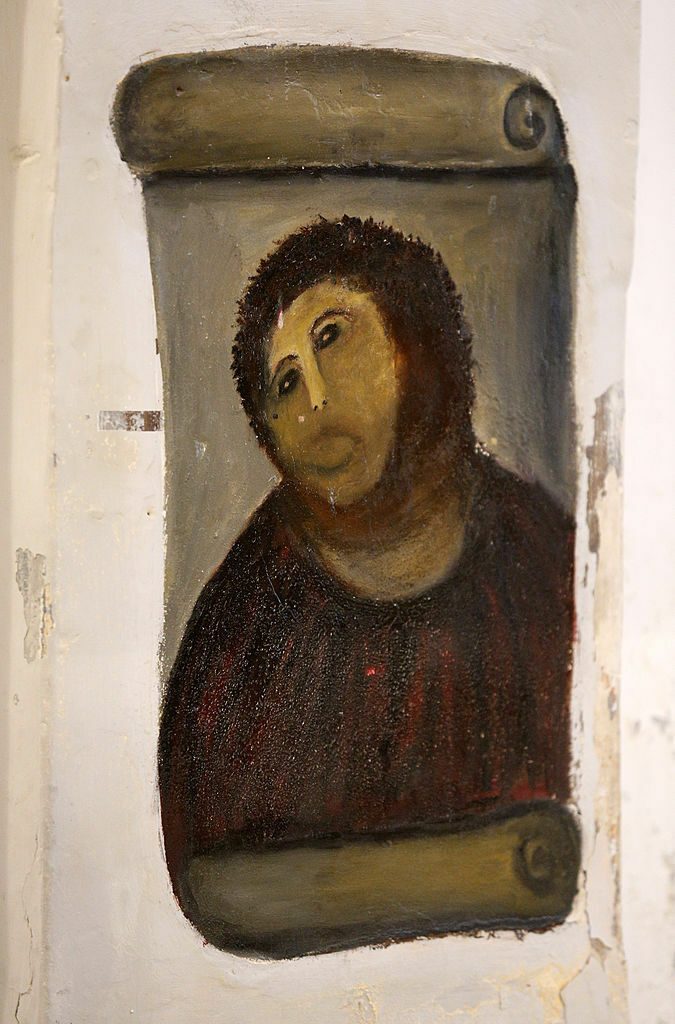 The botched restoration of “Ecce Homo” aka Potato Jesus

This… erm… artistic interpretation of a 100-year-old Spanish fresco was originally thought to be an act of vandalism, before it was revealed to be an earnest attempt at restoration by a well-meaning 80-year-old parishioner. A post comparing the original fresco with the woman’s disfigured update first went viral on Reddit, and inspired a wave of trollish behavior. In addition to run-of-the-mill memes and mockery, internet pranksters gained more than 20,000 signatures on a Change.org petition to stop a professional restoration so that our beloved Potato Jesus might stay with us, forever.

The Cinnamon Challenge sounds deceptively simple: just swallow a spoonful of cinnamon in under a minute to beat it. Easy! The challenge existed before 2012, but the iconic attempt by YouTube creator Glozell in January 2012, which left her sputtering as she was enveloped in a cloud of cinnamon smoke, popularized it like never before. Her take is still the most-viewed Cinnamon Challenge video on YouTube, and people still foolishly attempt it today. If you’re reading this and thinking, “I bet I could do it,” we’d like to remind you that cinnamon-induced asphyxia is truly dangerous, so reminisce online but please don’t try it at home.

Laina Morris’s maniacal grin may rival Elizabeth Holmes’ for the most unhinged stare of the decade. Her submission to a Justin Bieber cover contest reimagined the song as a clingy girlfriend’s anthem. “If I was your girlfriend,” she sang, “I’d drive up the wall,” as well as stalk you on Facebook, etc. Morris’ persona, the “Overly Attached Girlfriend,” became an integral piece of early 2010s internet culture overnight. She used the fervor to jump start a successful career on YouTube. Though she officially called it quits in 2019, she told BuzzFeed last year that she still feels that “Overly Attached Girlfriend is the best thing that’s ever happened to me.” 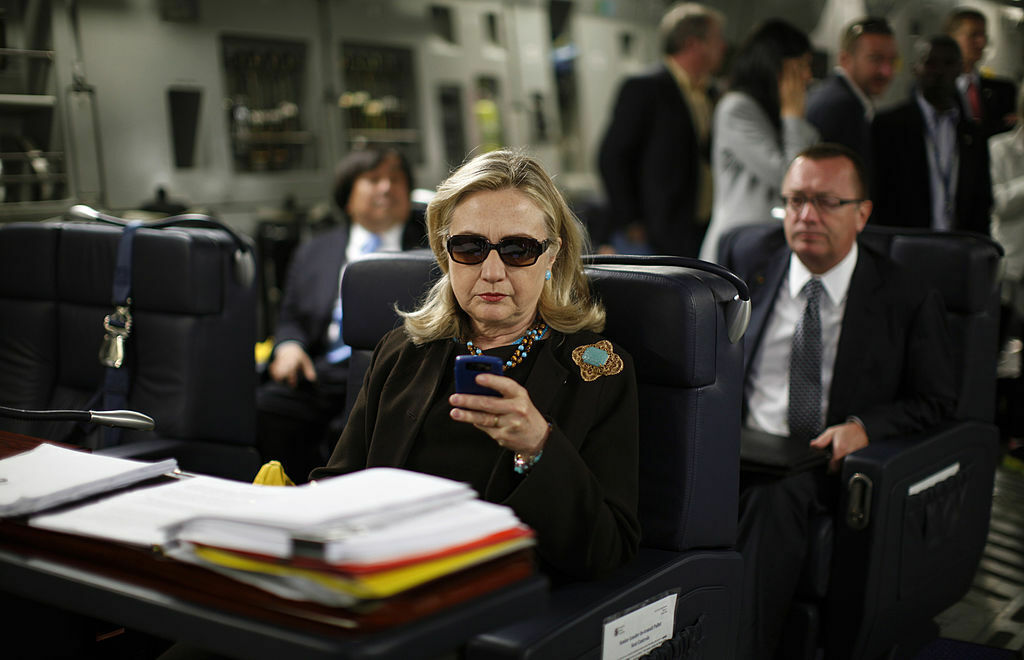 Behold, the original girlboss, seen here tap, tap, tapping away on her Blackberry, snarking at politicians and confirming brunch with Meryl Streep. That’s the humanized Hillz whipped up in the imagination of “Texts From Hillary Clinton,” the Tumblr blog that turned the original Reuters photo into a meme. On April 4, the blog posted its first photo set and, by April 10, had called it quits and after a submission from Clinton herself made them realize they could not continue without girlbossing a little too close to the sun. Their impact lives on in infamy: Clinton used the photo as her inaugural Twitter icon when she opened an account in June 2013 and the meme was also supposedly responsible for increased interest in Hillary’s potential use of a personal email address for government affairs.

I could have lived without revisiting this Mitt Romney debate stage flub, which remains one of the most viral political missteps in history. In response to a prompt about pay equity for women, Romney bragged about staffing his own state cabinet using “binders full of women.” The resulting memeification of the moment torpedoed Romney’s campaign (with an assist from other reductive comments about women and work). It also inspired a new type of informal professional networking groups for women on Facebook, cheekily named the Binders. In 2017, a former Romney aide shared what they purported to be the actual physical binders themselves with the Boston Globe, which weighed in at more than 15 pounds. 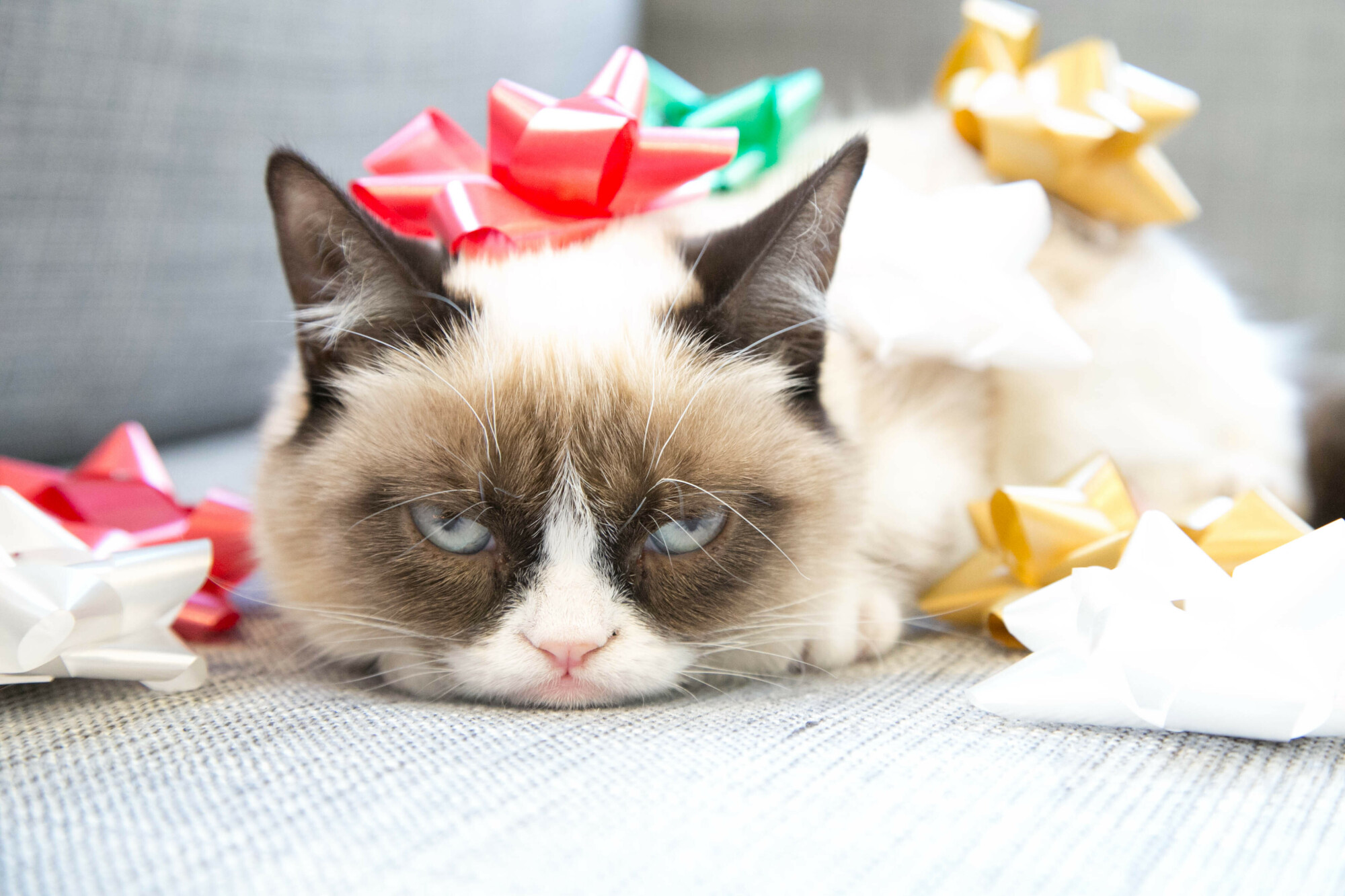 A brooding Grumpy Cat decked out in bows.
Credit: Mashable

Eternally perturbed and never satisfied, Grumpy Cat spoke to an element of humanity deep inside us all. The original Grumpy Cat, whose name was actually (the almost certainly offensive) Tardar Sauce, passed away in 2019, but her image lives on on the internet and across the multiple trademarked books, toys, tees, and mugs that made up her kitty cat empire.

It’s Gonna Be May

Ah, those frosted tips. The hairstyle of Justin Timberlake’s *NSYNC era may have gone out of style, but this meme never will. A crown jewel in the pantheon of misheard lyrics, “it’s gonna be me may” originated as a meme on—where else?— Tumblr. This winner still resurfaces like clockwork at the end of every April, and was recently adopted by the brilliant minds at Maytag for an, admittedly quite funny, 2019 commercial. When Kyle Craven’s friend Ian promised to make him “internet famous,” he didn’t know he meant like… forever. On Reddit, a cheesy school photo of sweater-vest sporting Craven, who purposely showed up on picture day looking as ridiculous as possible, became Bad Luck Brian, an unlucky dude who can’t seem to catch a break. Craven saw Brian’s bad luck as a blessing and, with the help of a copyright lawyer, turned the meme into T-shirts and novelty items, ad campaigns with Volkswagen and McDonald’s, and in March, a Bad Luck Brian NFT.

In 2012, Eminem’s “Lose Yourself” verse about pre-rap battle nerves leveled up the established “spaghetti story” format with source material that was actually about spaghetti. Why it happened 10 years after the release of “Lose Yourself,” I can’t seem to figure out. But I still see new “Mom’s Spaghetti” tweets fairly regularly on my timeline, because time is a closed loop and pasta is always funny. Eminem recently opened his own “Mom’s Spaghetti” restaurant in Detroit, proving that he’s definitely in on the joke. 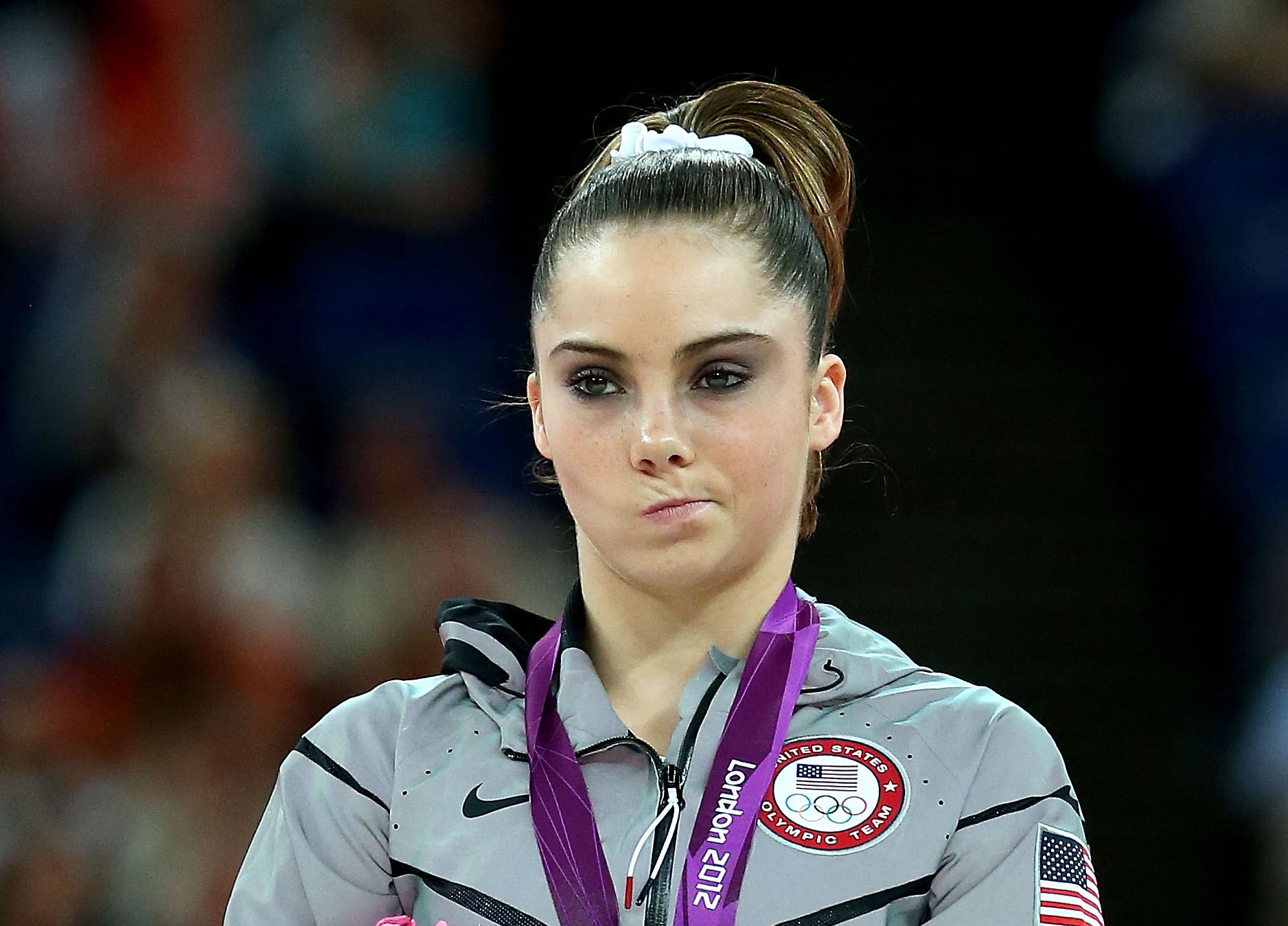 McKayla Maroney is not impressed.

A decade ago, the Olympics were still a unifying spectacle steeped in nationalistic pride and broadcast on cable. America was captivated by the Fierce Five gymnasts and was especially tickled by McKayla Maroney’s sour reaction after a fall on vault landed her a good-but-not-great silver medal. She recreated the look with President Obama post-games, proving not even a trip to the White House could turn her frown upside down. The meme made Maroney the fourth most-searched athlete in the world that year. This year, as she recreated it for a cute commercial and put it up for sale as an NFT, I found myself rooting for her as if she were back on the mat in London. Go McKayla, milk that meme for all its worth!

internetmomentsTurning
By adminJanuary 1, 2022InternetLeave a Comment on 15 internet moments turning 10 in 2022