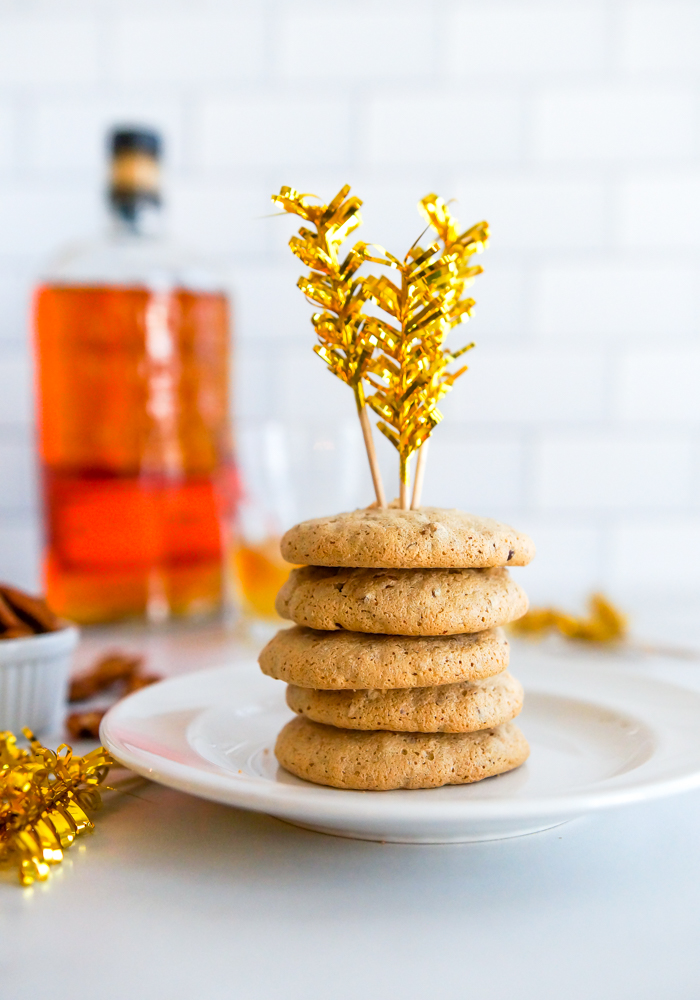 New Years’ Eve/Day calls for a festive dessert. Maybe one made with a little booze? Yes, please. These cookies are not “boozy” tasting, though. Although the bourbon smells quite strong when it’s added to the batter, it just intensifies the toasty pecan flavor in the baked cookies. 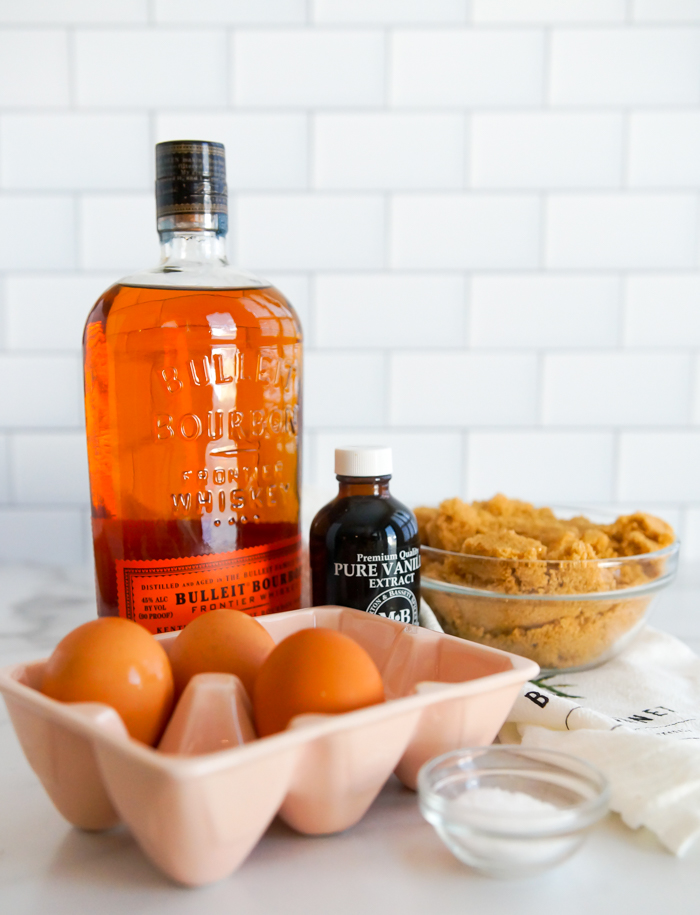 The cookies have everything: the exterior is crisp, the interior is chewy, they’re light with a roasty, toasty pecan flavor. I think they taste like pecan chewies without the heavy filling or buttery crust. 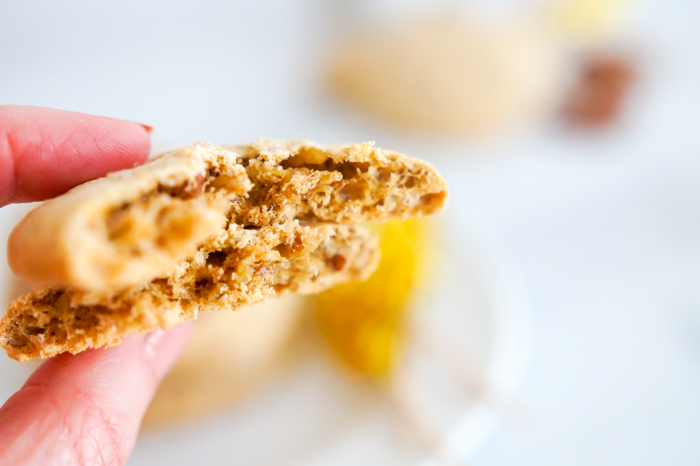 They don’t look like much, but Mr. E said they’re some of the best cookies he’s ever had. Jack agreed! The recipe makes about 5 dozen cookies, which is a good thing because it’s a little difficult to stop eating them once you’ve started. 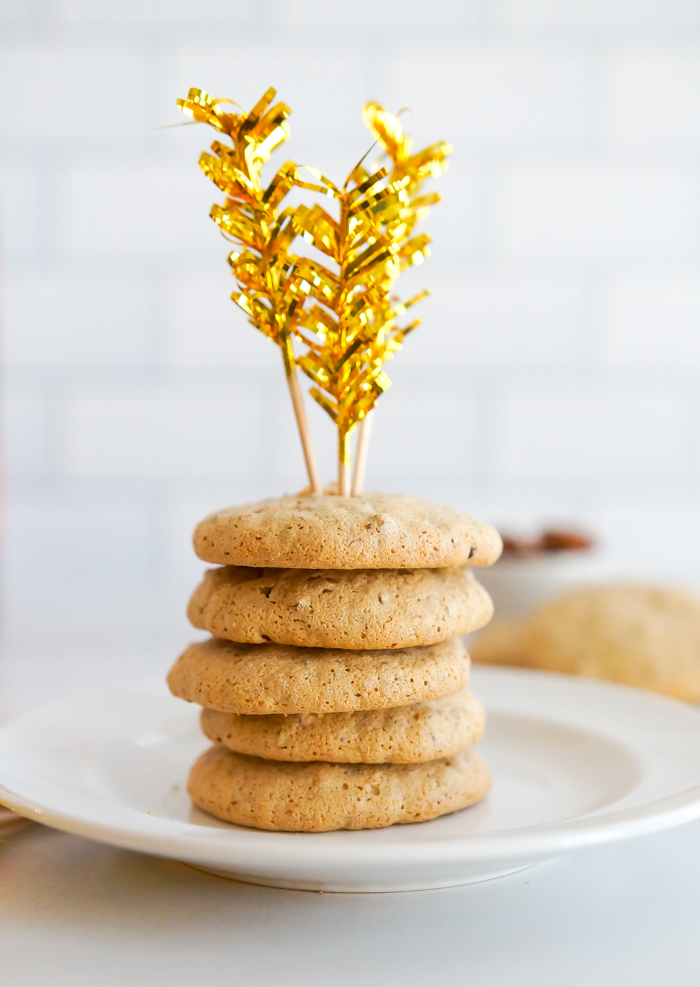 They pair beautifully with bourbon, of course, but since they’re so light, they’re equally at home with a glass of New Year’s champagne. Or, you know…milk. 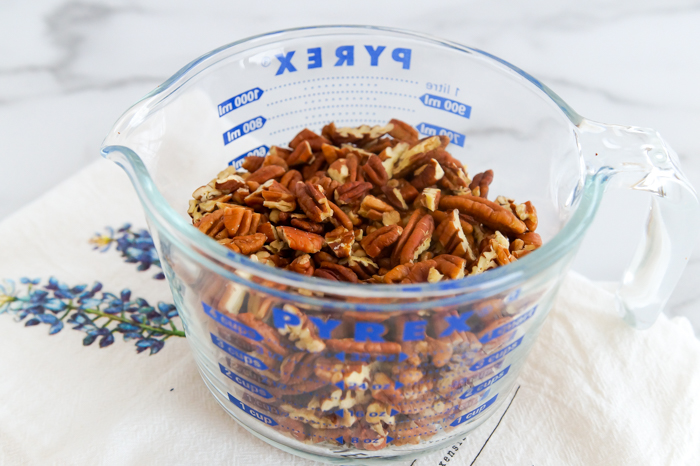 Start by toasting pecans. This is essential. 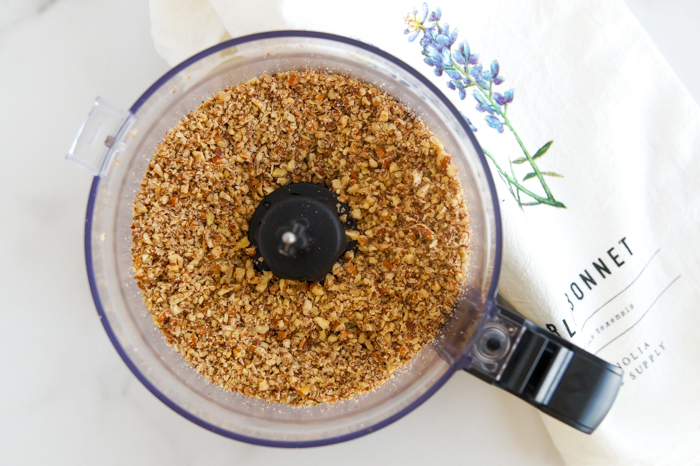 You’ll whir them to finely ground. 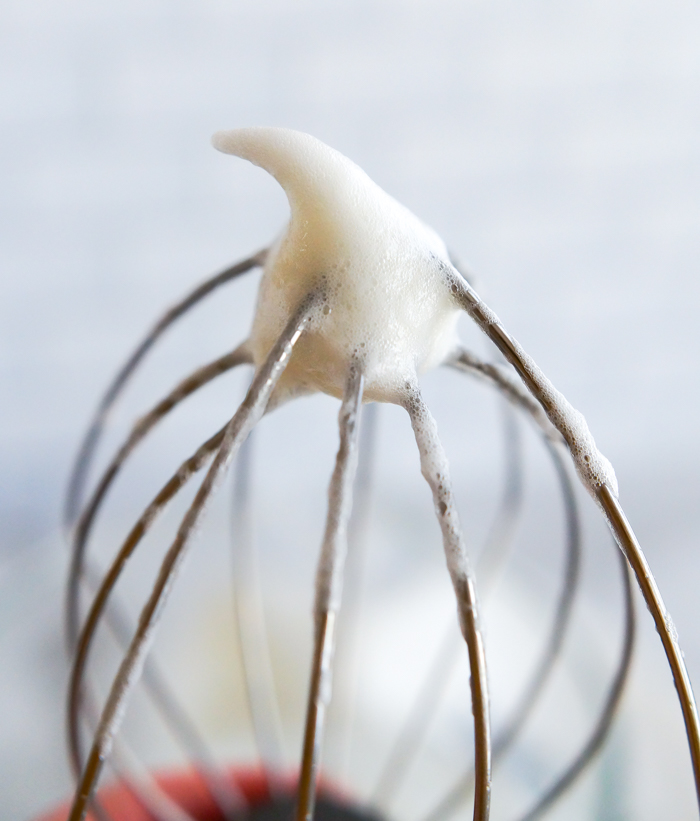 Whip egg whites until a soft peak forms. This means, you can pull the whip off of the mixer and the whipped egg white will stand up then flop over, but won’t drip off of the whip. 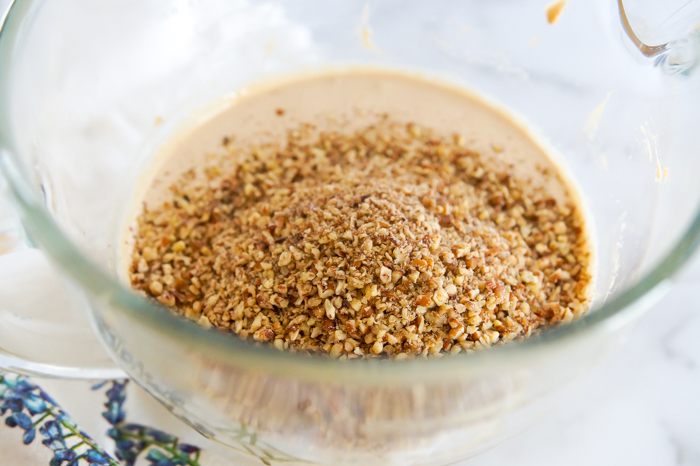 You’ll mix in brown sugar, another layer of warm toasty flavor, bourbon, and vanilla. The pecans get folded in at the end. And I did call this a batter rather than a dough earlier as it’s very thin and runny. Definitely more of a batter than a dough.

I used a 2-teaspoon cookie scoop to portion these. The batter will spread and puff a bit in the oven.

Make these and tell me if you can eat just one – I don’t think it’s possible.

Place oven racks in the tops and bottom 1/3 of the oven. Preheat oven to 300. Line cookie sheets with parchment.

In a large skillet, toast the pecans, stirring often,  until fragrant and toasted. Pour onto a plate or tray to cool. Once cooled, place in a food processor and pulse until finely ground.

With the whisk attachment of an electric mixer, whip the egg whites until soft peaks form. The peak will stand up, then flop over. Add the brown sugar and beat until combined. Scrape down sides and bottom of bowl. Mix in the salt, vanilla, and bourbon. Fold in the pecans.

Use a 2-teaspoon cookie scoop to portion onto the cookie sheets. Bake for about 18-20 minutes, rotating the sheets halfway through. The cookies will be puffed and light golden around the edges. Remove from the cookie sheets using a thin spatula. Cool on a wire cooling rack. 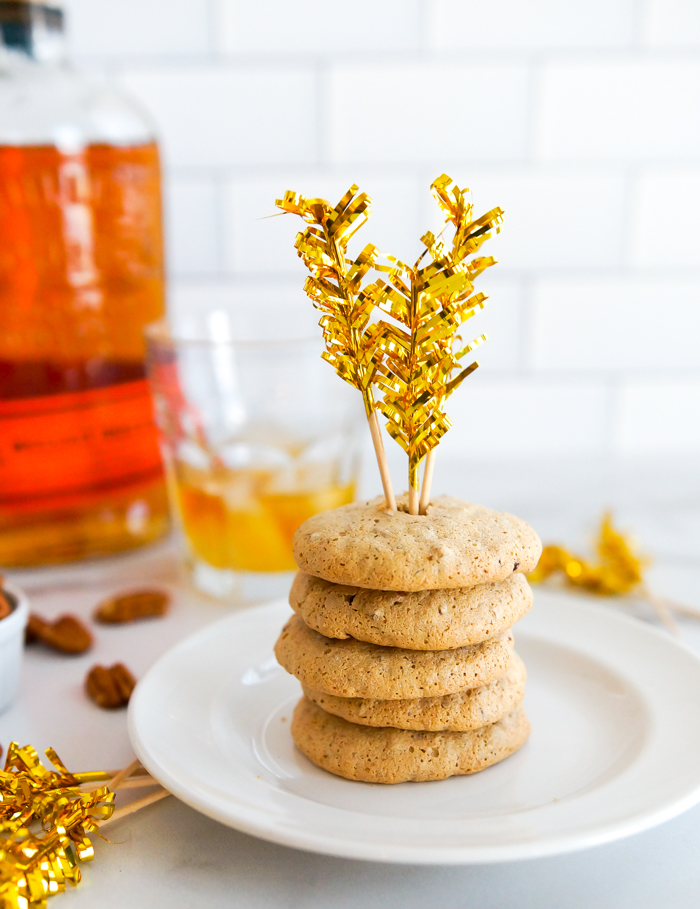