From driverless cars to voice automation in homes, artificial intelligence has progressed rapidly and is no longer just a concept from sci-fi movies and books. Artificial Intelligence Future is arriving faster than the predictions shown in the long hailed film “Minority Report” set in 2054. According to research by scientists at the University of Oxford, Artificial Intelligence will be better than humans at translating languages by 2024, writing school essays by 2026, selling goods by 2031, writing a bestselling book by 2049, and conducting surgeries by 2053. In the next few years, AI will become an integral part of our lives reaching the level of super-intelligent machines to exceed human intellectual competencies. Analytics Insight has conducted a survey among 251 people asking them questions about their primary interest in artificial intelligence.

Amongst the 251 respondents to the survey, the majority of people of 74% have agreed that artificial intelligence indeed is the best thing that has happened to mankind. However, the rest of 26% seemed to have the opposite notion. Today, AI empowers organizations, governments and communities to build a high-performing ecosystem to serve the entire world. Its profound impact on human lives is solving some of the most critical challenges faced by society. 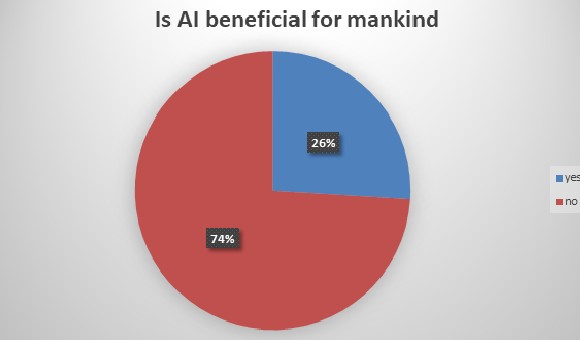 Less than 50 % of people have admitted that artificial intelligence has impacted their private life. There are so many amazing ways artificial intelligence and machine learning are used behind the scenes to impact our everyday lives. AI assists in every area of our lives, whether we’re trying to read our emails, get driving directions, get music or movie recommendations. However, not everyone is knowledgeable about these benefits. About 22% of people said that AI impacts only a little bit of their private life and 26% have neutral about it. 4% has simply declined it. 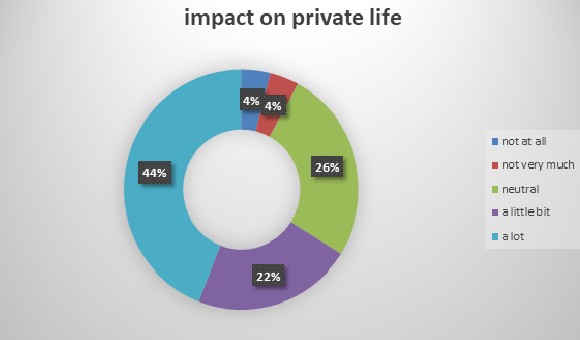 Among the 251 responses, around 44% have agreed that AI has influenced their business life a lot. However, a large part of 30% was neutral with their answers. 10% of people strongly disagreed with the claim. AI can save time, eliminate ordinary tasks from your to-do list and make your staff more proficient and beneficial. Thus, carrying out AI automation in your business will save time for another task in hand, decrease human error which costs money, and improve customer experience. However, it may not be the same for all kinds of businesses. 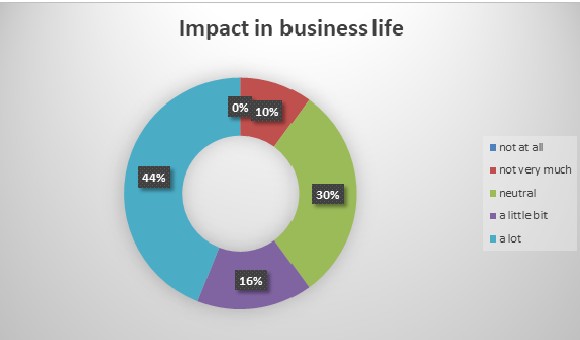 The majority of people up to 80% have agreed to the fact that AI will change the industry in the next three years. Artificial intelligence is impacting the future of virtually every industry and every human being. Artificial intelligence has acted as the main driver of emerging technologies like big data, robotics, and IoT, and it will continue to act as a technological innovator for the foreseeable future. About 8% of people are neutral about this opinion and 12% are skeptical and they think AI may change the industry a little bit. 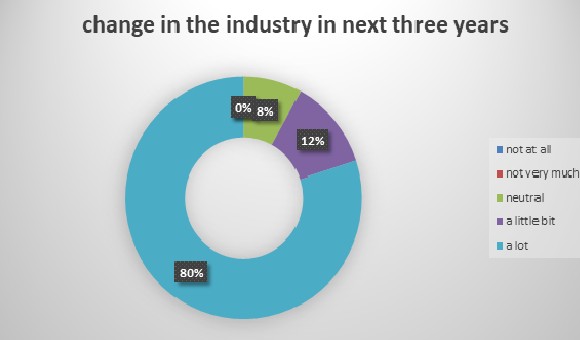 According to the survey, with 251 respondents, the highest number of respondents considers that artificial intelligence is providing an opportunity to the exhibition industry with 32% while 24% considers smart functionalities have created a very big opportunity for multiple industries. It is followed by 12% of respondents who think that artificial intelligence is a threat for human employees to take away multiple jobs in industries across the world. Meanwhile, 26% are neutral respondents out of 251 who neither take AI as an opportunity nor a threat in a workplace. 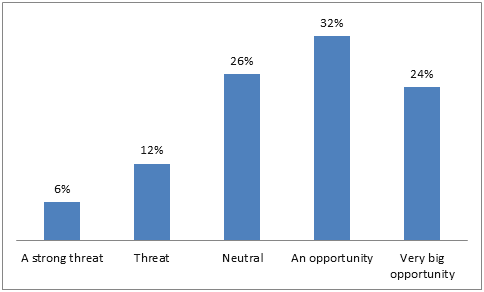 Do the sharing thingy

Analytics Insight is an influential platform dedicated to insights, trends, and opinions from the world of data-driven technologies. It monitors developments, recognition, and achievements made by Artificial Intelligence, Big Data and Analytics companies across the globe.