As she lined up for her first COVID-19 vaccine shot at a Laval, Que., vaccination centre, six-year-old Lea Strazza was a little apprehensive.

“I’m feeling nervous,” she said, standing with her mother, Sandy Strazza. “I’m scared because it hurts a little bit.”

With children ages five to 11 now eligible for COVID-19 vaccines across Canada, those nerves are common for a lot of children getting their shots.

The vaccination centre in Laval has revamped its site to make it more child-friendly and help put younger patients at ease.

Along with a therapy dog, colourful balloons and a huge inflatable slide, children also have the option of putting on a virtual reality headset to play a game while getting their shot.

“They totally forget the vaccine,” said Isabelle Parent, vaccination director for Laval’s health authority. “We can vaccinate them, and they say at the end, ‘I never felt it.'”

Distraction to take the edge off

The virtual reality headset, developed by Montreal-based startup Paperplane Therapeutics, is intended to be used by patients with severe burns or fractures who are undergoing more painful procedures.

“The shot is usually not a big pain, but the fear of it is the big problem,” said Jean-Simon Fortin, an emergency room physician and Paperplane’s co-founder and president.

Distraction can be a powerful tool to break through that fear, he says, especially with an immersive experience like virtual reality.

“It is a medical treatment where distraction really takes the edge off,” Fortin said.

In the emergency room, Fortin has seen first-hand how hard it can be to keep children calm during procedures. He sees the potential to use his device and other similar products in a wide range of medical settings, including in burn units, for MRI exams and for pain and anxiety reduction in adults.

Research shows that distraction can play an important role in helping to reduce pain and distress during medical procedures, said Christine Chambers, a professor of pediatrics, psychology and neuroscience at Dalhousie University in Halifax and scientific director of Solutions for Kids in Pain.

“Virtual reality is just one way that you can reduce pain in kids,” she said.

“There have been a number of studies and systematic reviews that have shown that it’s effective, including for vaccination.”

Fortin’s company is licensed by Health Canada to manufacture the headset, which is a Class 1 medical device. It’s been used in two studies at Montreal’s Sainte-Justine hospital to test its impact and is available at three vaccination sites in and around the Montreal area.

WATCH | Take a peek at the VR world distracting kids from vaccine fear: 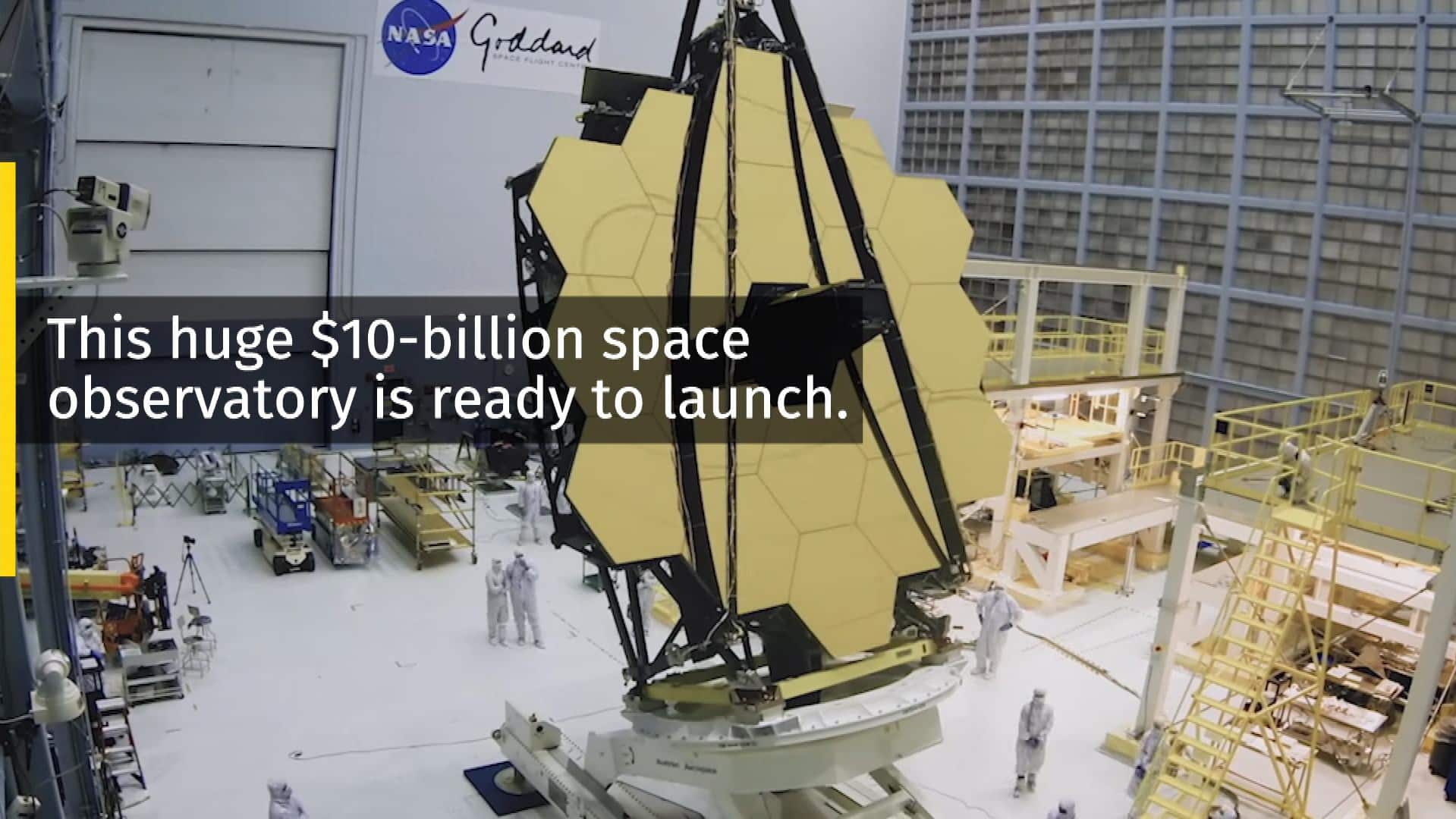 The James Webb Space Telescope will see back in time and revolutionize astronomy. 2:46

‘It made me brave’

When Lea Strazza sat down in the cubicle to get her vaccine, the heath care worked administering it checked her health-care card, then handed her the headset and a remote control.

On the immersive screen, a colourful, therapeutic video game played out, and Lea used the remote to swat away crystals and balloons floating around a castle and up into a blue sky with puffy white clouds.

As the health care worker stuck the needle in her arm, Lea barely flinched.

The shot tickled her a little, she says, and the game was fun.

Sandy Strazza says she was proud of her daughter and impressed with the vaccination centre’s setup for kids, including the video game, which she said made the whole process easier.

“She’s going to be looking forward to her second dose, so we’re glad,” she said.

WATCH | Top 3 things to tell your kids about the COVID-19 vaccine: Dr. Joss Reimer’s top 3 things to tell your kids about the COVID-19 vaccine

Dr. Joss Reimer, the medical lead of the Manitoba vaccine implementation task force, gives parents three recommendations on what to tell your children before getting their shot. 1:12