Rumors abound that Apple may soon do away with traditional SIM cards and offer only eSIM on its next iPhones, which would signal a major move into the mainstream for this system. Time to weigh the pros and cons of this technology, which offers great flexibility for consumers and yet remains rather unknown.

For several years, Apple has been combining the classic SIM card support with the presence of an eSIM on its iPhones. The recent rumor, revealed by 9to5Mac and then relayed by specialist sites, suggests that the next iPhones (expected in September 2022) would only offer an eSIM. This would undoubtedly be a major disruption in the sector, as this technology, which has existed for several years, has not been widely adopted by general public.

eSIM is a technology that simplifies the management of your cell phone line(s). Image: GSM Association via ETX Daily Up

In fact, few smartphones include this technology. In addition to the latest iPhones, there are the Samsung Galaxy S20, S21, Fold and Z Flip, as well as the latest generations of Google Pixel, and the Huawei P40 and Mate 40 Pro. One exceptional case is the rebooted Motorola Razr, released two years ago, which already completely disregarded the classic SIM card.

An eSIM card (e for “embedded”) has the advantage of being already present in the device, soldered and connected, and therefore it does not have to be renewed when changing operator. It’s extremely small and therefore easy to integrate into a whole range of connected objects, beyond just smartphones. Furthermore the absence of a drawer reserved for the traditional SIM card makes the device even more waterproof.

At present, many mobile service providers in many countries offer eSIM, including the major providers like Verizon and AT&T in the United States. Oftentimes an eSim is activated via a QR code to be scanned which includes all the characteristics of your line and package. It also becomes possible to bring together several connected objects (like a smartwatch, for example) with a single cell phone number. 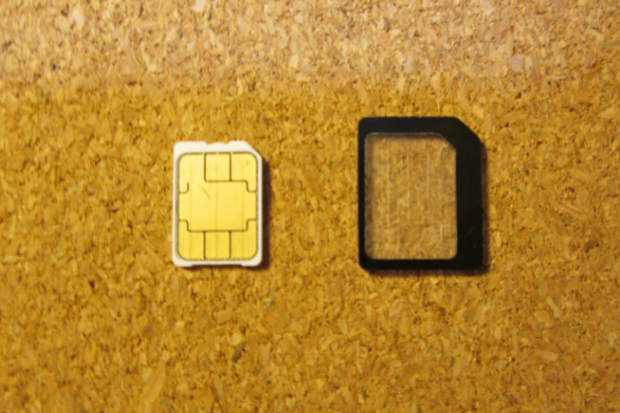 If the eSIM can’t be removed, the information it contains can be regularly updated, which means that it is as easy to change operators as with a traditional system of SIM cards. In fact, it’s often easier and faster because you don’t have to wait to receive your new card to take advantage of it. Moreover, in case of theft, the eSIM can be “locked” and make the smartphone unusable, and therefore almost impossible to sell.

An eSIM offers the same services as a traditional SIM card: calls, SMS/MMS and internet connection. In addition to the telephone sector, the automotive sector is also concerned by this tech and is even a forerunner in the matter. Every new car model sold in Europe must be equipped with eCall, an on-board system that automatically dials 112 in case of emergency. This is facilitated through an eSIM integrated into the vehicle. JB

eSIM
By adminJanuary 3, 2022LatestLeave a Comment on Will everyone soon have an eSIM?